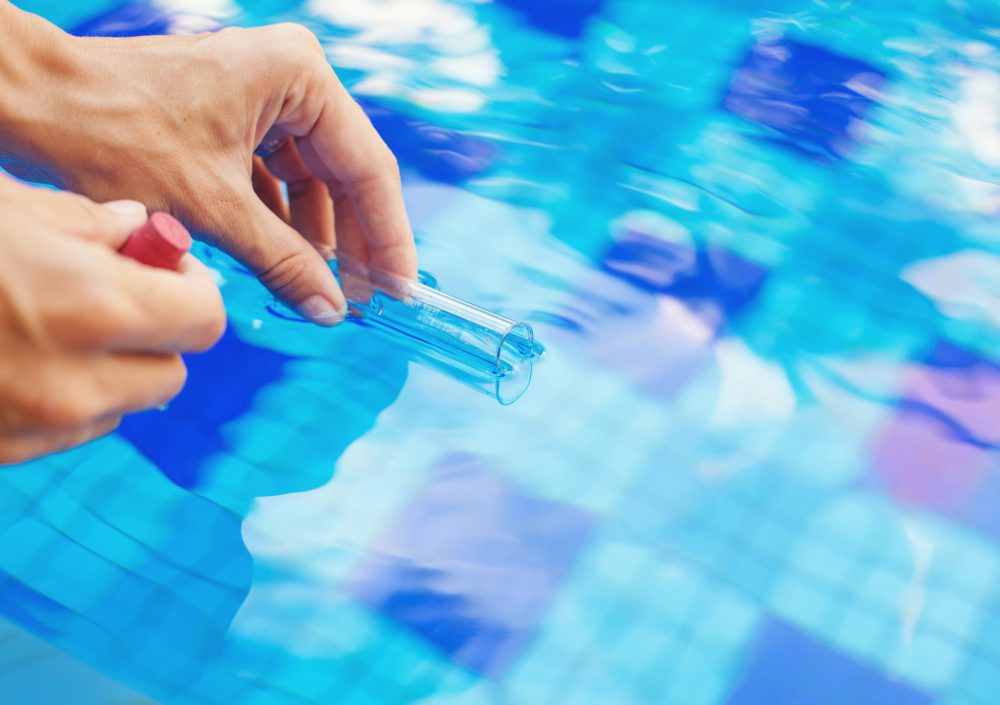 Clean and healthy pool
DISINFECTING THE WATER PLAYS A CRUCIAL ROLE IN KEEPING THE POOL CLEAN.

A clean pool is essential for a healthy, enjoyable swimming experience. Pools left unattended will become a hive of activity for harmful bacteria and unsightly algae growth. There are different methods for disinfecting your pool: 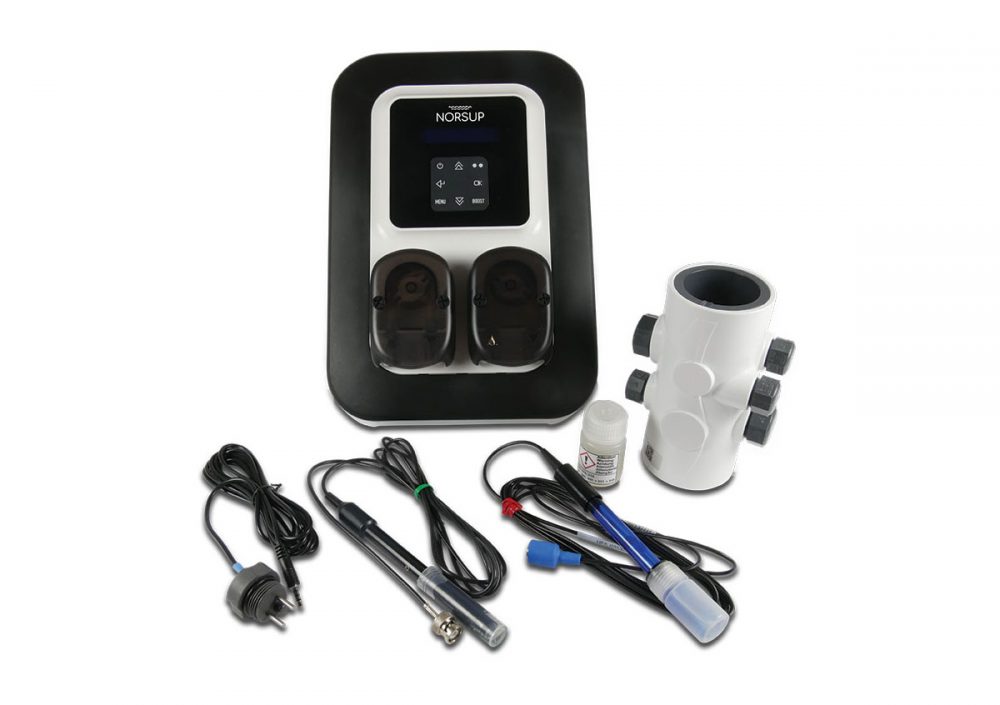 The Norsup automatic dosing system is ideal for any private pools up to 100m3 to dose chlorine and pH. It has a mart, user friendly, LCD interface which displays water temperature, pH and chlorine levels. You can control the Norsup dosing system from the palm of your hand with the NorsupOne app! Read more here. 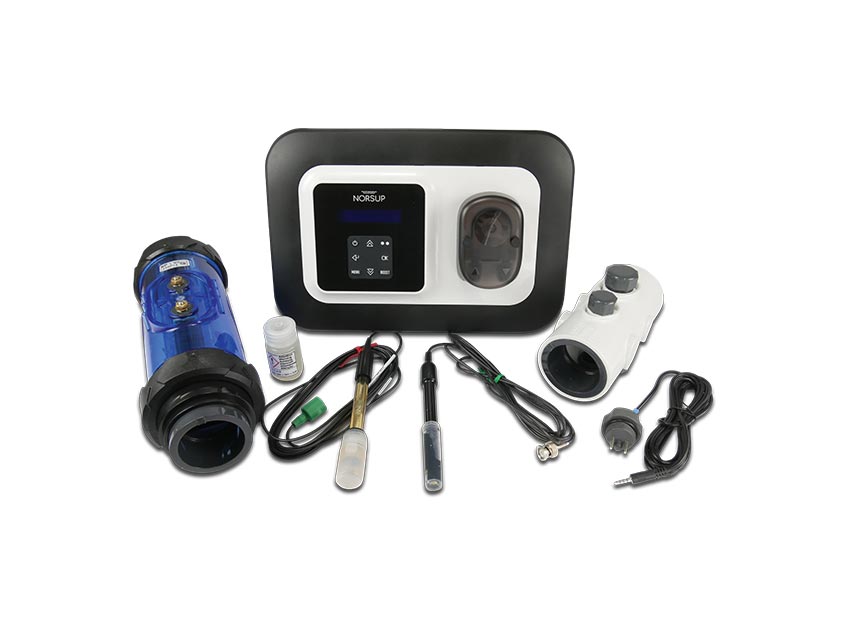 Salt chlorination
The safer and cheaper alternative to traditional chlorine

Over many years salt electrolysis systems have gained popularity for pool sanitisation. Salt is much cheaper than chlorine and safer to store.

Salt chlorination systems do produce chlorine, but they have a key difference: with traditional chlorine you manually add tablet or liquid chlorine to pool water on an on-going basis, whereas with a salt system, a regenerative process converts salt into a form of chlorine gas that is dissolved into the water to disinfect it.

Another advantage: normally you only need to add salt to your pool at the beginning of the swimming season. When the system measures that there is not enough chlorine in the pool, it sends an alarm to add salt to the pool water.

Norsup offers you an improved version of the salt chlorinator, the Norsup low-salt chlorinator. This device uses less salt than traditional salt-chlorination systems which enables much higher efficiency and no corrosion to your equipment. It also measures and controls more than just the salt levels. It measures the water temperature, pH and chlorine production too. You can use the low-salt chlorinator in combination with the NorsupOne control unit to enjoy wireless control via the NorsupOne app! 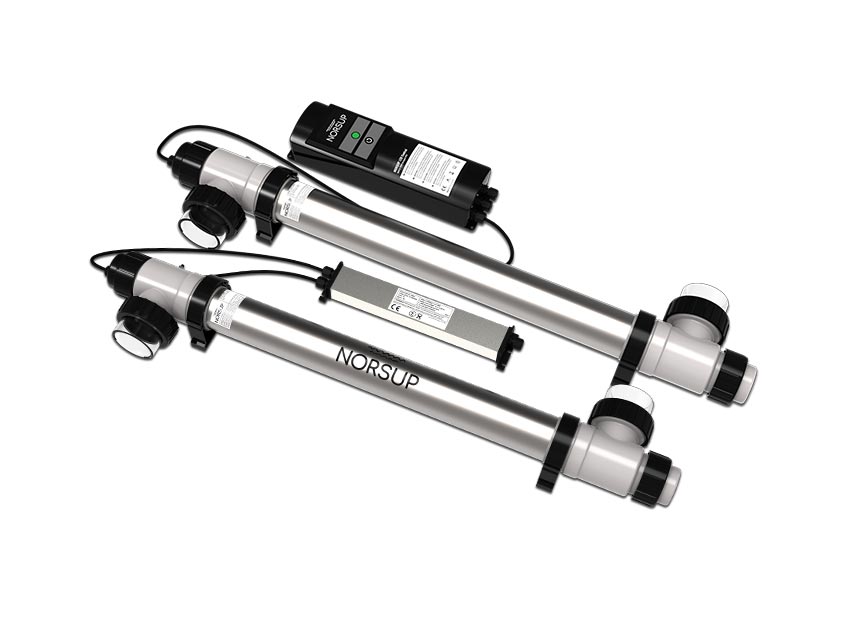 UV-lamp
Use up to 80% less chemicals!

You can combine traditional chlorination of a pool with a UV lamp and have up to 80% less chlorine in your pool! No more dry skin or red eyes…

The UV-lamp offers failsafe support to chlorine, using UV-light to incinerate micro-organisms by disrupting their DNA so they cannot reproduce. UV-light destroys cysts, algae, viruses, bacteria and protozoa, and even kills pathogens that are chlorine-resistant, such as E. Coli, Giardia, Cyclospora, and Cryptosporidium without using any chemicals. So, this way of sanitation is good for the environment and your health.

The Norsup UV-lamp can destroy up to 80% of all micro-organisms. Your chlorination system kills the rest. That could mean a chlorine reduction of up to 80% in your pool! 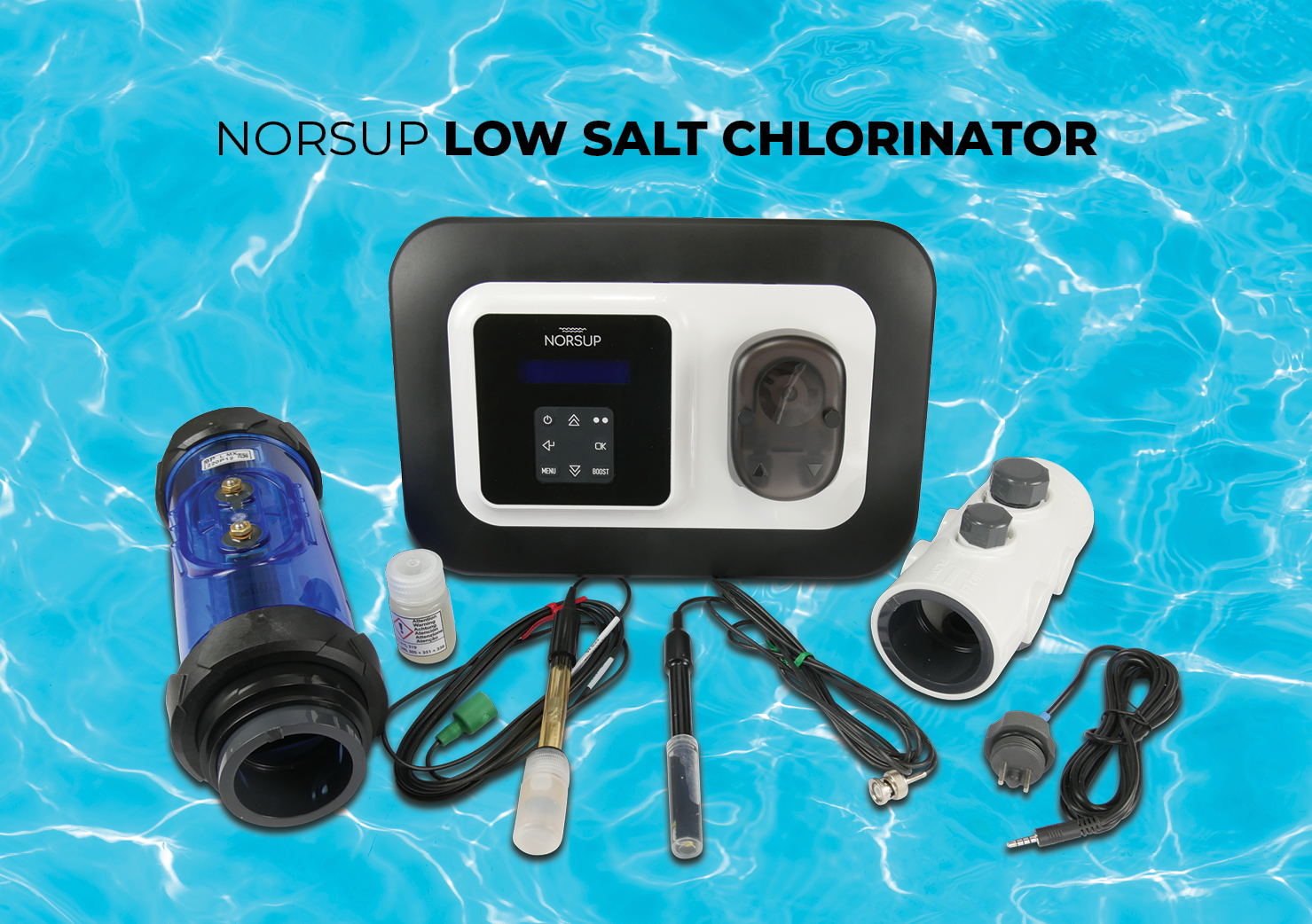 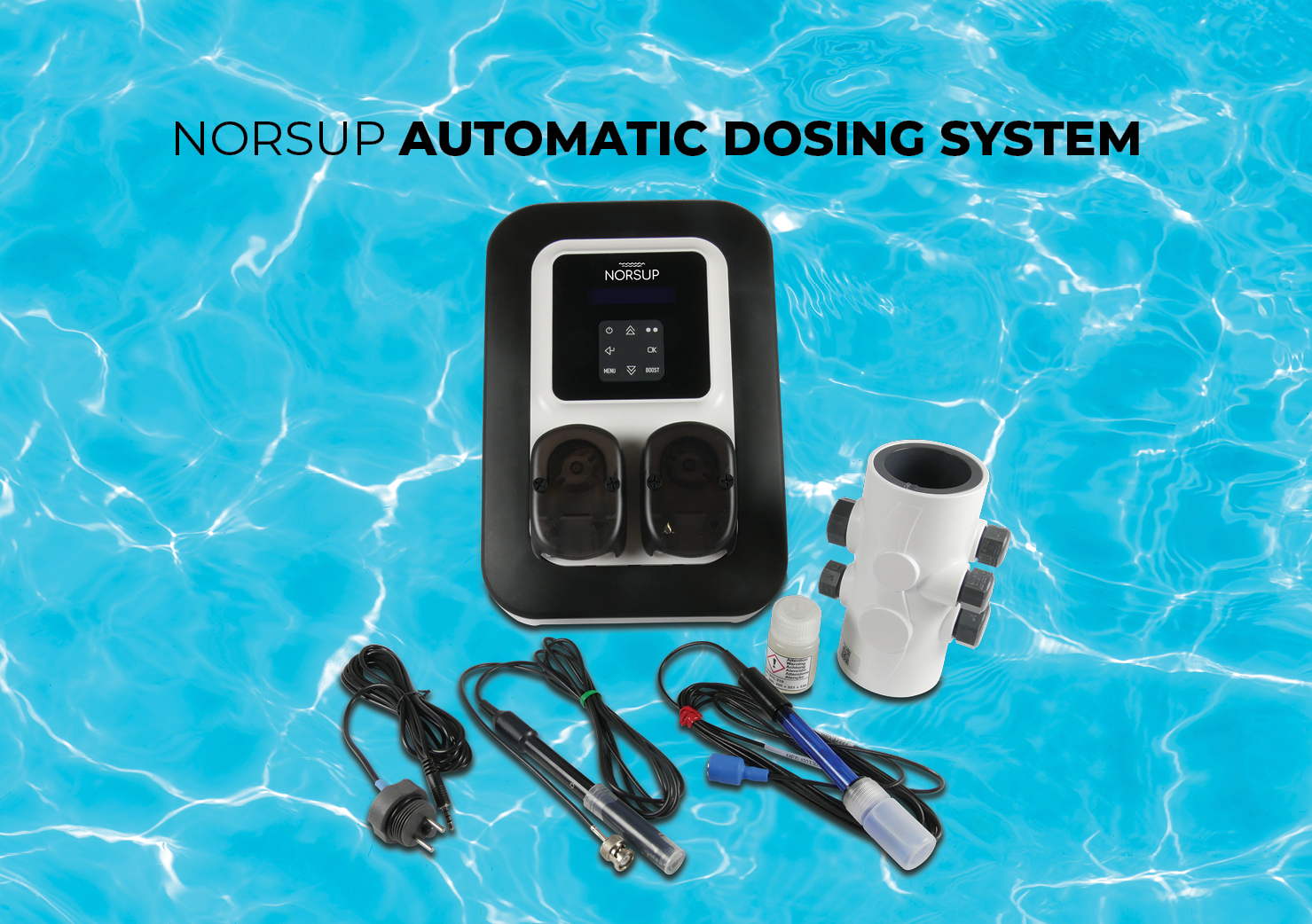 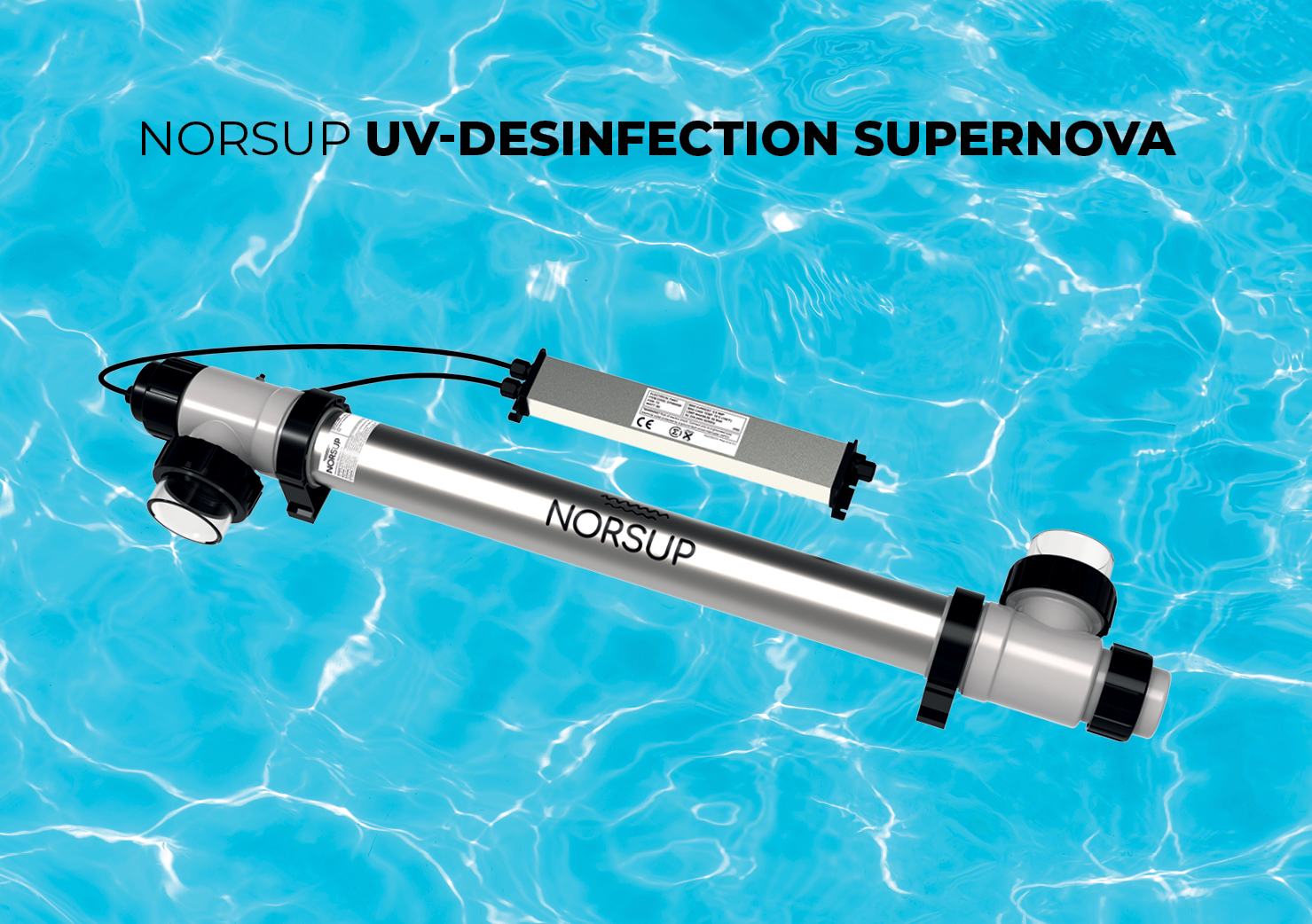 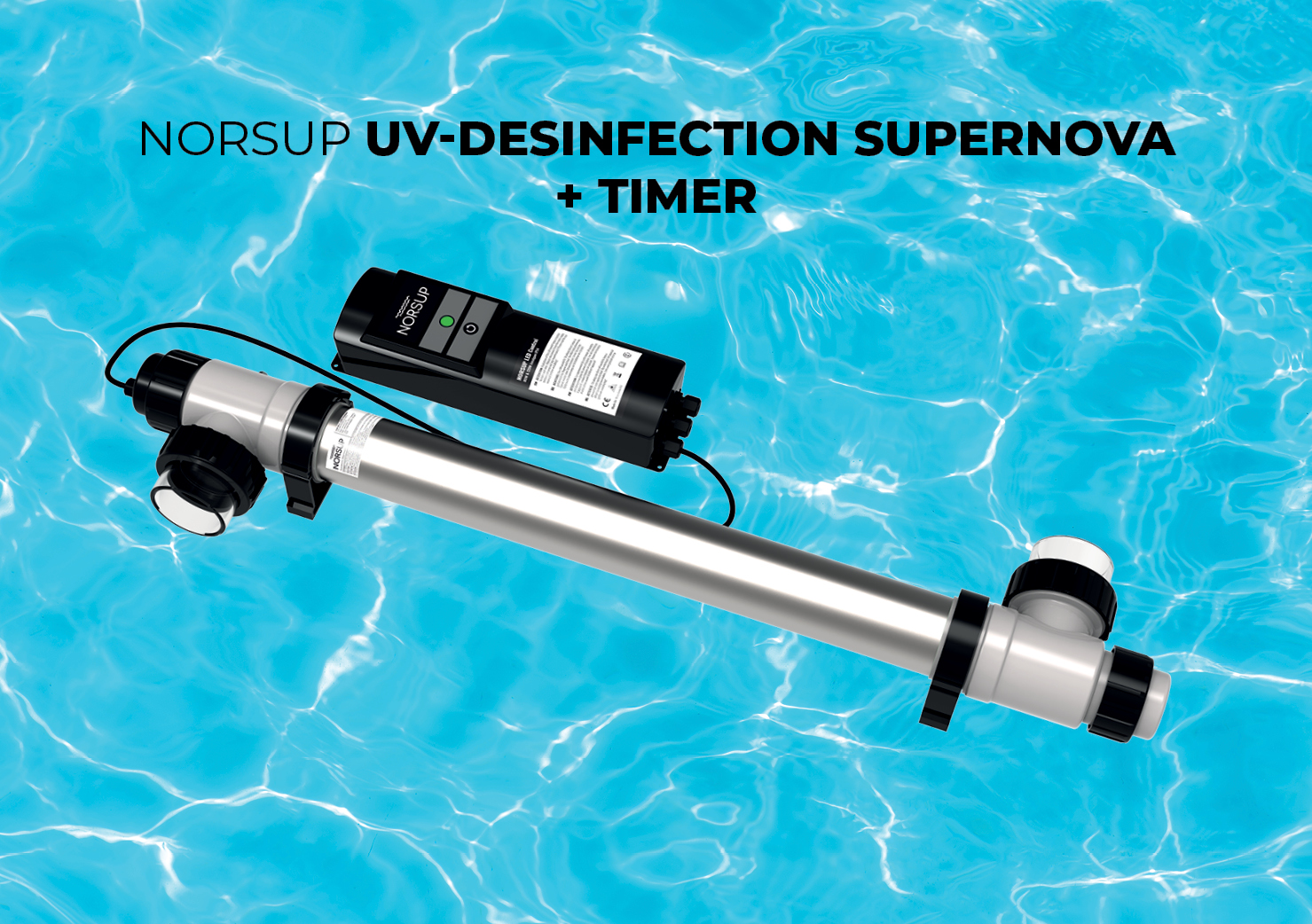 Norsup dealers
A Norsup dealer can tell you all about the Norsup water treatment equipment. Search for a dealer near you.
Contact Us